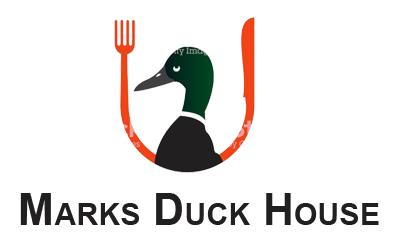 Always have the desired food in the usual quality at hand: what is taken for granted in Austria today was not always the case. A look at the history of industrial food production.

Providing the 8.8 million Austrians with high quality, safe and enjoyable food is an essential task of the food industry. We also owe it to your primary care that hunger and malnutrition are hardly an issue in our part of the world. A look at history shows that this was not the case in the past. Famine has shaped Europe for many millennia. Insane weather, crop failures or wars meant that there was too little to eat.

In the beginning, there was hunting and gathering

The first food age is that of hunters and gatherers millions of years ago. They collected and used food for the clan’s own needs. At that time, people had to think about procedures to bridge the phases of scarcity. The use of fire and the possible cooking of the food thus became the decisive evolutionary step. Sun-drying and smoking as a durability method also emerged. The knowledge of food processing acquired at the time-triggered the development of modern humans.

Our ancestors began to settle around 10,000 years ago. They devoted themselves to agriculture and animal husbandry. That was the starting signal for the second nutritional age. Food surpluses were achieved for the first time, which resulted in trade in the settlements that were soon to be established and later in the cities. Not only the way they were obtained in an increasingly labor-sharing society, but also the composition and quality of the food used changed. The food of the hunters and gatherers was protein-heavy, while the settled population preferred grain products. Bread and beer production developed. Even then, the farmers passed the processing on to handicraft companies such as millers or bakers.

With the beginning of the industrial revolution around 200 years ago, the third age of nutrition began. The population grew, more and more people migrated to the cities and the need for food increased. In addition, there was technical progress: in the 19th century, machines and new technologies moved in almost all production areas, making work easier for people. This also changed food production. The greatest challenge was still the shelf life of the products. But now it was possible to pack food airtight, to cool or freeze it. The invention of the steam engine enabled food to be transported in large quantities by rail for the first time, and an efficient transport system was created.

The needs of consumers continue to develop

The first half of the 20th century was marked by the two world wars and thus still by hunger and food shortages. With the beginning of prosperity and the economic upswing from the 1950s and 1960s, the eating habits of consumers then changed. As the economy grew, so did the population’s demand for food and drink: food should not only fill you up, but also look appetizing, taste good, be easy to prepare and affordable.

That would not be possible without modern production technologies. They facilitate the absorption of food and beverages, remove harmful ingredients and, last but not least, improve the taste. Many raw materials only become tasty and edible through their processing. For example, sugar beet can only be enjoyed as refined sugar or rapeseed as cooking oil. The supply of energy and the supply of nutrients is the primary function of food, but also the pleasure value must not be neglected. A food that does not taste good is not on the menu.

The demands and expectations of people are changing in modern society. The food industry is responding to this and is constantly evolving. Current examples of this are alternative forms of nutrition such as vegetarianism or the increased demand for special products, for example without gluten and lactose. Manufacturers are meeting all of these changes with the ongoing expansion of their range. In doing so, they make a significant contribution to our modern society.